How to build a USSD channel for your product in Nigeria

Are OTPs Safe for Financial Services in Nigeria? 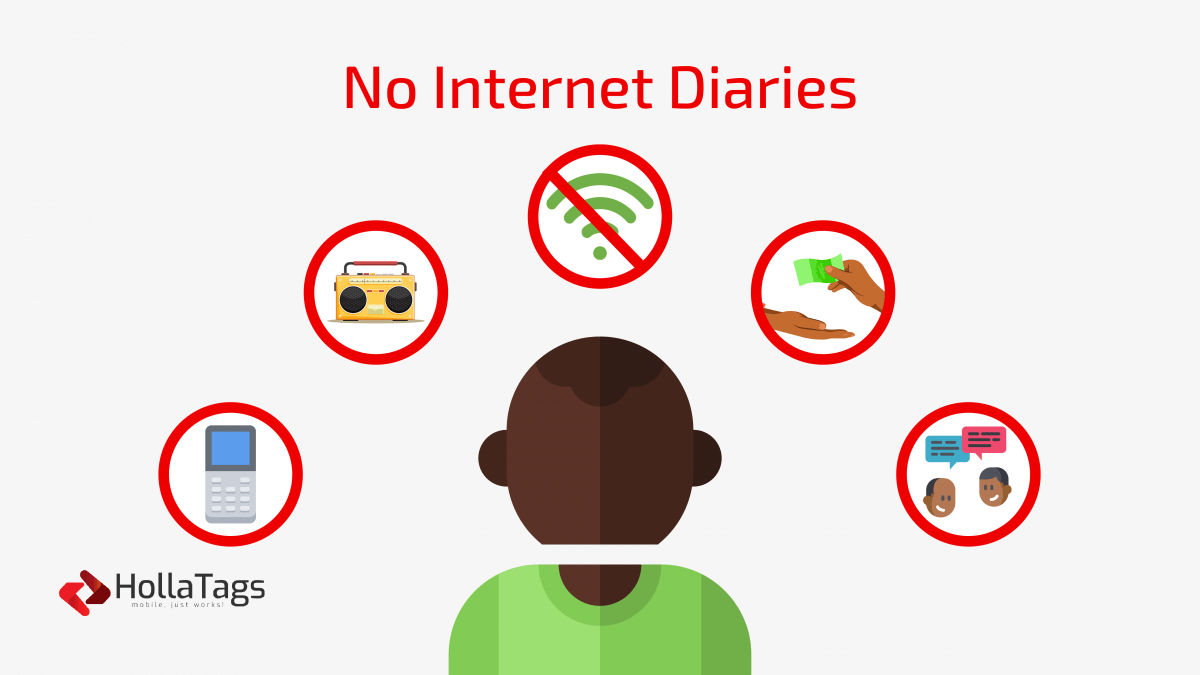 No Internet Diaries: The Unbanked Migrant Banking on Friendship

A lot of Niger’s youths troop into neighboring Nigeria seeking better opportunities and improved livelihoods. They depart their mostly rural country to Nigeria in search of pots of gold. Niger Republic is ranked 189 out of 189 countries and territories for the United Nations Humanitarian Development Index in 2019. It is one of the world’s poorest countries.

“Most of us leave the village for Nigeria. There are more opportunities in Nigeria than Niger Republic. If you’ve been to Niger Republic you’ll understand what I’m saying,” said Suleiman Sadu.

Suleiman came to work in Lagos four years ago, traveling by bus to Kano and onwards to Lagos from Kano. He left his village in the Tillaberry region of Niger Republic when his relative, Isah called him to come over. He used to farm millet, beans, and corn in his village but most of these were for the family’s consumption. Lack of arable land and droughts make farming less profitable. Without much to look forward to in his village, he decided on the Lagos trip.

“Most of my friends are like me; uneducated and struggling.”

There’s free education in Niger Republic but there are many areas without schools. The country has one of the lowest literacy rates in West Africa at 13.6%. Most Nigerien adults can not read or write.

His first job in Lagos was as a roadside porter. He helped people to carry their heavy boxes and market wares with a barrow. It was physically tasking, so he got another one as a sales assistant with a cloth seller on Lagos Island.

Suleiman started work as a security guard in Ikoyi two months ago. Every day, he is by the small security post, perched on a tiny bench; opening and closing the gate. He’s also the night watchman.

Since he arrived in Lagos in 2017 he hasn’t gone home. He says he will travel back home by January 2022. However, like most Nigeriens, Suleiman pays his black tax. He sends NGN10,000, almost a third of his income to his family in the village every month after getting his salary. He is also saving for when he would be traveling back home. His savings and remittances home are through a friend on Lagos Island and his transactions are mostly in cash; his wages are in cash, purchases like recharge cards, food, and other essentials are also in cash.

Suleiman doesn’t operate a bank account as banking is a fancy concept to him. He hasn’t been in a bank before and does not see the need to as his friend can always help him with his transactions. He believes it is safer and easier that way.

After he receives his salary, he goes to Lagos Island and gives his friend the money meant for his family. The CFA equivalent goes home to Suleiman’s father.

But why does he entrust his transfers and savings to someone else when he can do them on his phone?


“I don’t use a big phone. I use a small phone, and I use it only to receive calls from my Oga and call my family. I don’t use it for any other thing.”

Social media, music or video streaming services, and internet banking are remarkable to him. He is fascinated when he sees people watching movies on their phones and video-calling. However, he doesn’t use them. Without these, how does he unwind? Conversations with his compatriot Jafaru who guards the house next door.

Suleiman doesn’t speak English. French is Niger’s official language but Suleiman doesn’t understand the language either. He speaks Zarma, the second-most common language in the country after Hausa. How does he communicate in Lagos? Interacting long enough in the commercial nerve of Nigeria has helped him understand a bit of Nigerian pidgin, enough to have casual conversations.

Suleiman plans to save enough and start his own business. He doesn’t know what kind of business yet, but he is determined to hustle his way through.

HollaTags helps businesses communicate with all kinds of customers on mobile through platforms and APIs for USSD, SMS, and Voice.