This time, Mama Francis brought the conversation to an end by saying, “the devil I know is better than the angel I don’t know”, which implied that keeping money in her local piggy bank was way better than trusting mobile bank apps. This was accompanied by a stern “Biko, leave this issue alone!”. After that, Francis knew better than to press further on the subject.

Francis had been attempting to persuade his mother to let him open a bank account on her behalf for the past eight months, but she had consistently refused.

His mother had single-handedly supported him through school after her husband’s demise. He was likewise proficient in the craft of shoemaking, and it yielded so much for him asides his excellent academic performance.

He had just completed his first degree in Law and was interning at a top-tier firm at Lagos Island while waiting to resume at the Nigerian Law school. Things had turned out well for him, but his mother kept refusing to accept a more convenient method of sending her money regularly.

Typically, Francis sent money home bi-weekly to his mother through her farmer friend, who visited the city market to sell his farm produce. This necessitated Francis to regularly pay for his transportation back to the village, which was a significant expense.

On one of those occasions where he sent money through his mother’s acquaintance, the money he had double-counted strangely decreased by three thousand naira. Others confirmed that the farmer is a shady character.

“All of my friends who use USSD have somebody to help them manage it, but you know I don’t have anyone except you, and you are rarely around.”

“Mama Chidi complained that they always cut her money when she sends money to someone.”

“Why should your bankers steal from us if they claim to be improving our lives?”

These were some of her justifications whenever they discussed the subject. Although Francis tried to help her understand the difference and uniqueness of using USSD compared to mobile apps, she still wouldn’t budge.

Mama Francis was the Market Woman Association’s treasurer and a caterer with a monthly financial volume of ₦60000 to ₦100000. Although she was well aware that she was putting herself at risk by having large sums of money at home, she would rather have them within her sight than entrust them to applications that could continually deplete her funds.

However, Francis received a call from his mother one Tuesday afternoon, weeks after their last conversation about the account. She informed him that she had opened a bank account. Francis, stunned, inquired as to what had caused her to change her mind.

Apparently, there had been a robbery spree in the village earlier that week. Stakeholders and financial executives of local associations in the village appeared to have been the victims. This spurred the people to facilitate a movement for the village head’s intervention on the matter. As a result, the village head took up the case, enlisting the help of the police to investigate the heist.

The police officers apprehended the thieves, who were young boys who regularly served as porters for the market women at the end of every day. The investigation made it known that some of the traders still kept money at home because they did not have or use bank accounts, making them ideal targets.

The village head arranged for customer service representatives from a bank to help sensitize the local women about the importance of having a bank account and address questions about how e-banking works. During the event, many of the villagers created accounts and received their ATM cards in no time.

Mama Francis realised that USSD is not as complicated as she thought. And she could operate it without so many rigid formalities, such as compulsory access to the internet.

The bank also set up an ATM stand near the village head’s house, to ensure adequate supervision of the activities there.

Using platforms and APIs for USSD, SMS, and Voice, HollaTags helps businesses engage with all types of customers on mobile phones. 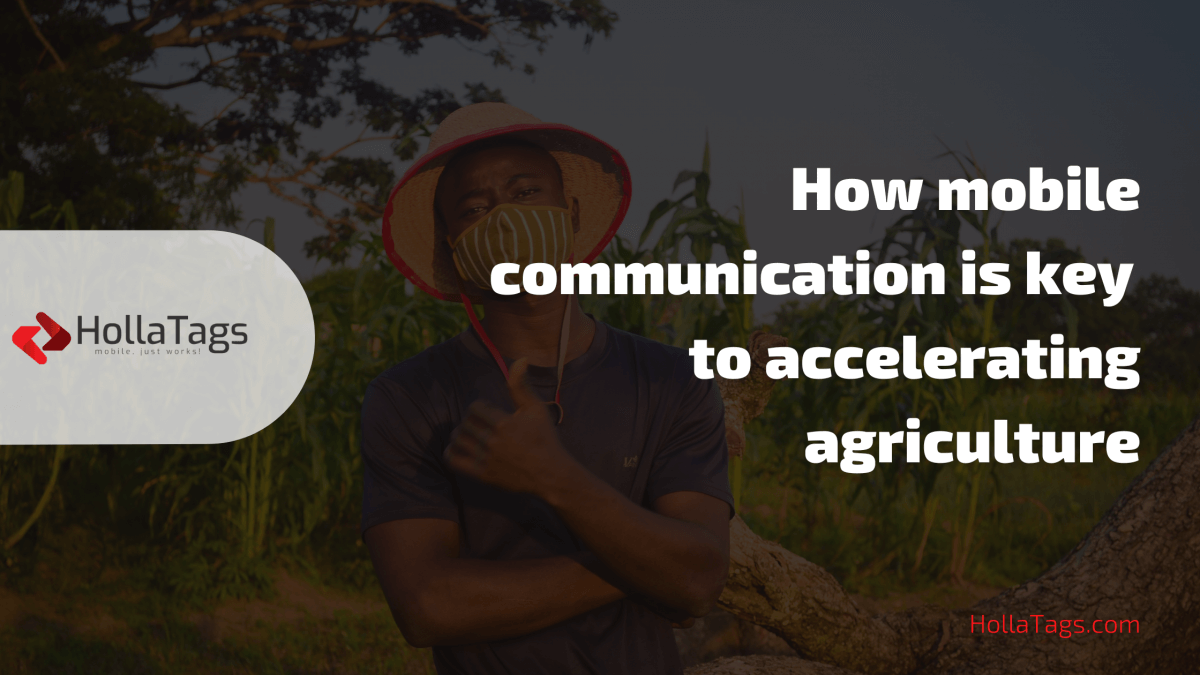